Woodstock ’69 was arguably the greatest music festival in history. Legends like Jimmy Hendrix, Janis Joplin, Joan Baez, The Who, and Jefferson Airplane performed, but Woodstock’s legacy is something much more than the music. The festival brought together a massive crowd of people from all walks of life and came to represent the ideals of peace, free love, and alternative lifestyles and was what many consider to be the epitome of the counterculture of the 1960s.

The festival drew half a million people to a rural town called Bethel in upstate New York, resulted in massive traffic jams, proved to be a financial disaster for the organizers but was ultimately a remarkable cultural success. For three days, beatniks, hippies, nuns, college students, war veterans, and rock legends came together to enjoy music and art in peace—no incidents of violence occurred during the festival. Many have tried to recreate what happened in the summer of 1969, but the spirit and spontaneity of Woodstock was something that can never be replicated today. Time magazine called it “The greatest peaceful event in history”.

Here are photos that captured what it was like during Woodstock’s “three days of peace and music”. 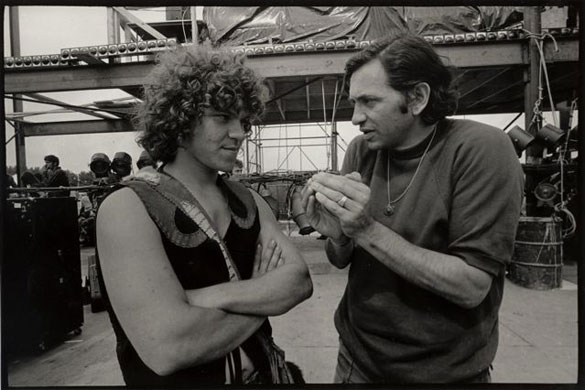 Woodstock Ventures had to pay big money to get top performers to play at the festival. Jefferson Airplane was paid $12,000. Other musicians also demanded cash before they played including The Grateful Dead, The Who, and Janis Joplin. Jimi Hendrix was paid the highest fee at $18,000 for his close out set, but many had already left due to the heavy rains.

Local police estimated a million people were on the road trying to get to Woodstock. They were overwhelmed by the enormous number of people but were impressed by the good level of behavior.

Ravi Shankar said that Woodstock was a “terrifying experience”—witnessing the sight of the stoned out audience covered in mud, he said he was reminded of the water buffaloes you see in India.

Three people died that weekend. One from a burst appendix, an 18-year-old Vietnam war veteran died of a heroin overdose, and a 17-year-old was accidentally run over by a tractor as he slept under it in his sleeping bag.

On the last day of the event, Max Yasgur, the dairy farmer who owned the 600 acres of land where Woodstock was held, told the crowds, “You have proven something to the world… that half a million kids can get together for fun and music and have nothing but fun and music.”

Things you need to know about Dieticians

6 Different Varieties of Sarees in India

Android App Development – Assuring a Stable and Productive Career in IT